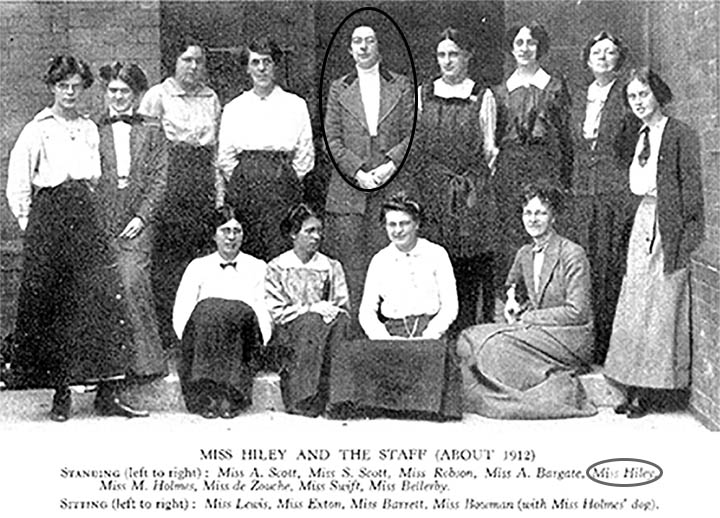 Although the wife of an existing vice-president, Mrs. J.J. Dunn, was appointed mid-year to replace AH Thompson on his death, they moved a few months later, and the first properly elected woman vice-president was DFP Hiley. She had moved from Brighton to take up the post of headmistress of the Central High School, beginning in 1912. According to our records she joined the society in 1911, so it is not entirely clear whether she had already planned on moving before her appointment or if she had been appointed in advance of her predecessor’s retirement.

The Committee minutes do not record any specific responsibilities that she undertook for the society, with the school engaging all her energies. The annual prize-giving was always held in the Lecture Theatre, and there is a record of her hiring it for a lecture on Italian art in 1924.

She published several books: Unspoken Speeches to Parents, 1922; Ports and Happy Havens, 1924, about her visit to Italy; and Pedagogue Pie: On the work of a Headmistress, 1936, which has been cited by some modern feminist authors.

H.M. Gurney was the daughter of Joseph John Gurney, who was married to Helen, one of Robert Spence Watson’s sisters. The Gurney’s were a prominent Norfolk family of Quakers, and her father had moved to Gateshead to learn about steam engine design. In 1870 he went into partnership with Joseph Watson and William Clarke to manufacture steam winches. The firm eventually became Clarke Chapman.

The Central High magazine for July 1923 carries an obituary for her mother:

One sad event falls within the last year, and that is the death of our revered and dear friend Mrs. Gurney. In the founding of the Gateshead High School she was closely associated with her brother, Dr. Spence Watson, and her husband, Mr. J. J. Gurney, who was for many years Chairman of our Local Committee; and until the day of her death her mind was actively and continually concerned in the welfare of the two schools ...

Helen was born in 1874, and the Newcastle Daily Chronicle for 26 April 1906 reports that she had “satisfied the examiners in the third examination for the degree of Bachelor in Medicine” at the College of Medicine. By 1911 she was doctor of medicine, living with her mother at her parent’s home, The White House, Grainger Park Road (see AF Bryant, one of the first women Committee members). This is now the site of Newcastle Central Mosque.

She had applied for a post of honorary assistant physician at the RVI in 1913 (internships are nothing new), becoming a registrar in 1918. In 1917 she was one of the signatories to a letter to the Daily Chronicle protesting against the compulsory examination of women for venereal disease.

She joined the Lit&Phil in 1925 and soon became a long-serving member of the Committee. In 1931 she and Miss Buchanan were asked to inspect the ladies’ room, and they were both appointed to the House Committee the following year.  She became a vice-president in 1946, and died in 1954. 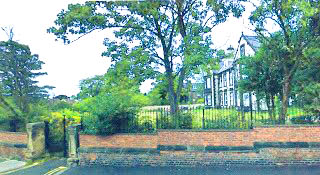