I’m not sure whether 2021 was a “bumper year” for literary anniversaries, or whether I merely took more notice of them than in pre-pandemic days.  To put it another way - the passage of time is one of the few things the virus is powerless against, so why not celebrate it?

In 2021, I gleefully took down Baudelaire and Keats from the shelves.  Even better, thanks to the hard work of Andrew Harvey and the Lit & Phil’s staff and volunteers, the Society was able to contribute to the global roster of events commemorating the 700th anniversary of Dante’s death.  Inevitably, most anniversary events are celebratory, because many of those involved tend to be academics discussing their chosen fields of study.  However, laymen like myself can safely pose the question “is this author still worth reading?” and my answer would be “yes” for all three poets mentioned above.

We’ve already made a great head start, with an excellent Zoom talk by Dr Jon Quayle of Newcastle University on Shelley’s Poetry of Anticipation.  The talk was on 14 December 2021, and a recorded version is now available on the Society’s YouTube channel.  During 2022, I will be keeping an eye out for new editions, new biographical insights and discussions of the radical ideas which, as Jon showed, run through so much of Shelley’s work.  These ideas have already been in the news in recent years, as a result of the Peterloo anniversary events in 1819, which prompted many to re-read The Masque of Anarchy – and the now-legendary incident when Jeremy Corbyn quoted from the same poem at Glastonbury.

Every time I enter the Lit & Phil, I look up at the statue of James Losh and remind myself that he (unlike his friend Wordsworth) never became a conservative in old age. I’d like to think that Shelley (had he lived) would have followed Losh’s lead.  However, I think we can expect to see some critical reassessment of Shelley’s ideas.  Could it be argued, for instance, that his ideas about “free love” were merely a cover for an exploitative attitude to women?  And was he misguided in believing that atheism was a “necessity”? 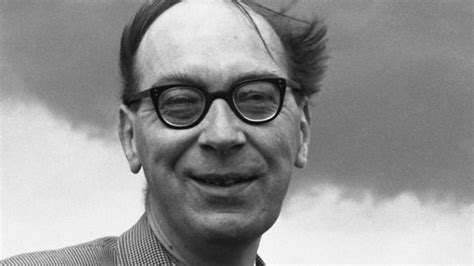 From an early age, Larkin declared that his aim in life was not to study, but to be studied.  He took great pains to create an external life – including a personal life -  which could be neatly fitted around his real life, as a poet.  He also went to great lengths to “curate” the documentation which (he foresaw) would be studied and discussed by practitioners of Eng. Lit. (which he appeared to despise).

I’m sure Larkin positively expected that anniversaries like this one would be celebrated.  I’m not sure whether I am anything like his non-academic ideal reader, but it must count in my favour that I’ve always done a “proper job” and that I have no English qualifications beyond “O” Level.  Anyway, Larkin will follow Baudelaire, Keats and Dante (all of whom were probably more familiar to Larkin than he would like to admit) in coming down off my shelves.

Is there anything new to say?  The poems were (if Larkin himself is to be believed) meant to be readily comprehensible, and Andrew Motion’s authorised biography is generally regarded as authoritative.  Doubtless it will be argued that Motion’s version of Larkin’s life needs some retouching, following the publication of Monica Jones, Philip Larkin and Me by john Sutherland in 2021.  Was he a minor great poet or a great minor poet?  Discuss.  Will there be further debate about whether Larkin’s views make his work unreadable?  Or will he join the very long list of writers (including Baudelaire and Dante) who are admired in spite of unattractive character traits?

It’s thirty-six years since Larkin died, and the coming decades will decide these questions: slowly but steadily, the original readers who bought and enjoyed the books will be supplanted by either (a) scholars, or (b) hardly anyone at all.  For Larkin’s reputation, events across the Atlantic may be ominous.  Simon Armitage’s recent book A Vertical Art reproduces the lectures Armitage gave as Oxford Professor of Poetry, and he tells us that:

“In my experience, Larkin isn’t particularly appreciated by American poets and critics.”

What is not in doubt is that Larkin (like Baudelaire and Dante) was a diligent craftsman, extremely fastidious in choosing and using words.  As Auden said, “Time worships language and forgives/Everyone by whom it lives”.

The annus mirabilis of Modernism – 1922

1922 saw the publication of T.S. Eliot’s The Waste Land and James Joyce’s Ulysses.  Both of these key Modernist texts continue to provide raw material for a vast amount of scholarly work, partly because (if the anti-Modernists such as Larkin are to be believed) they were designed that way from the start.  I find the textual criticism and intertextual cross-referencing rather dry, but this anniversary could be an interesting launch pad for higher-level discussions.

Whenever I think about artistic movements, I always try to make use of my own experience in Newcastle’s punk rock scene in the 1970s.  In 1975-6, most white schoolboys like myself listened to heavy metal and/or progressive rock, but we often asked ourselves “when will The Next Big Thing come along?”  Then in 1976-7, punk rock appeared.  It was deemed to be The Next Big Thing.  Metal and prog were The Last Big Things and were rapidly discarded, although certain artists deemed to be forerunners of punk (e.g. Iggy Pop) remained respectable.  Everyone cut their hair and flared trousers found their way into the dog-basket.

Eliot in 1922 attempted something very similar.  He and Pound elected themselves as the Next Big Thing, together with a few others selected by Criterion magazine (which Eliot edited).  Shakespeare, Dante, Baudelaire, Laforgue and others were forerunners and still bearable. Most other stuff, lumped together as “Georgian”, was The Last Big Thing.  Anyone owning the poetry of (say) Wilfrid Gibson or John Drinkwater was expected to zip it into a large holdall, put on a wide-brimmed hat, and make the Walk of Shame to the nearest second-hand bookshop.

Astonishingly, Eliot’s 1922 March of the Mods was a complete success. But is Modernism over?  Are the great Modernist works now equivalent to the Georgians, and would a modern Eliot-equivalent require us to discard them?  In 1970s Oxford, I heard contemporaries discussing The Waste Land and praising its profound insights into the decay of Western Civilisation etc. etc. but in recent years I have heard more and more trenchant criticism.

John Carey, a generation ahead of me at St John’s, was in the vanguard with his book The Intellectuals and the Masses (1992).  Carey’s argument was summarised by Philip Hensher in the Introduction to his magnificent anthology The Golden Age of British Short Stories 1890-1914:

“the creation of modernism was fundamentally a matter of class….many writers undoubtedly wanted to create something that not only could not be understood by the board-school products, but also could not be afforded by them”.

A slightly more charitable, craft-based, assessment of Modernism can be found in Simon Armitage’s A Vertical Art:

“Over time, form came to be ditched….the hidden codes in poetry…were replaced by withheld knowledge, suppressed information and camouflaged intent.”

So are we still stuck in 1922 and do we need to move on?  Some say that Post-Modernism is the Current Big Thing and that it has brought a wider range of voices into the discussion, including those who (perhaps) had little stake in Eliot’s idea of “civilisation” from the outset.  If you think you know what The Next Big Thing looks like, why not let us know?

Keith Jewitt is a retired accountant, an environment enthusiast dedicated to the “Keep Jesmond Clean” campaign and a community activist. He is also the author of In a Magpie’s Eye: The Jesmond Year in Haiku. Keith lives in Jesmond.