Although I have lived in Gosforth for forty years, until a year ago I knew little beyond what I needed to live and work here. During lockdown, with not a lot to do except walking and reading, I have learnt much more. I knew that the Regent Centre, on my doorstep, was on the site of the Regent pit, which was opened shortly after the Jubilee pit, named because it opened in 1810, the year of George the Third’s jubilee. I might have known that they were part of the Coxlodge colliery, but I certainly didn’t know that Coxlodge was more than just what is now the Jubilee pub with the houses to the south of it. In fact the township was more or less what we now think of as Gosforth west of the High Street.

Before 2020 I had walked along the path in the photograph only once. The signage identifies it as the Kenton and Coxlodge Waggonway, but it is also known as the tramway. Its history, like so many waggonways, is complicated. Les Turnbull calls it “a tale of great enterprise and technical innovation on the one hand; and mismanagement, corruption and greed on the other.” 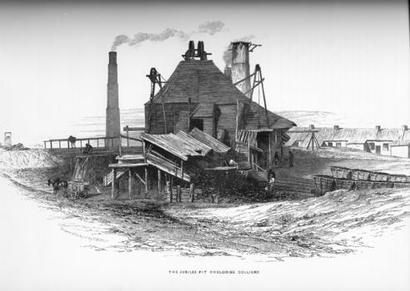 On 2 September 1813 a large crowd watched the beginning of an experiment to use steam power for coal haulage on this waggonway, using Blenkinsop’s rack system.  Blenkinsop came from Walker, but he moved to Middleton, near Leeds when the Brandlings appointed him as a viewer of their collieries there, where he successfully adapted Trevithick’s  design of moving engine to haul coal. Welford quotes George Stephenson, who was one of the spectators, remarking that he could “make a better engine than that to go upon legs”.

At first the waggonway ran from Kenton to a pit near the bottom of Elmfield Road, where it crossed the Great North Road, but for most of the nineteenth century it connected the Jubilee and Regent pits directly, and then ran to South Gosforth along what is now Christon Road, from where it followed the original line to the Tyne at Wallsend. It was disused after the Regent pit closed in 1894. By then Gosforth was no longer a collection of farms and pits, and had become something we could recognise today. 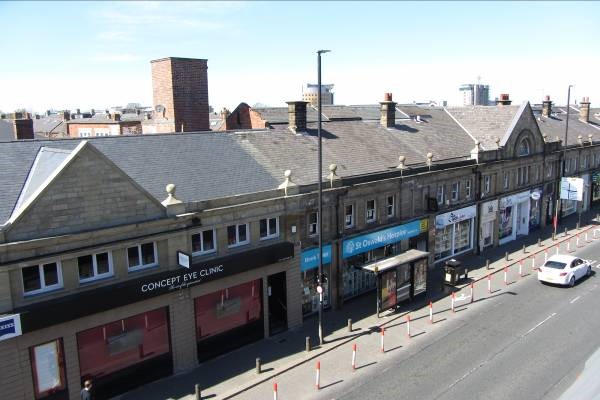 I had always assumed that this building was originally a co-op. It certainly has that look about it, but it was opened in 1885 as stables for the horse-trams to Newcastle, but that didn’t last long. Soon trams were being powered by electricity in towns all over the country. Edison and Swan’s lights created a demand for electricity, mainly in the evening, but power-stations needed to work all day long to be economical. Electrification of the trams was an early way to use some of the available capacity.

On the other side of the road about 300 yards down the High Street, roughly where the original waggonway ran, a plaque identifies the house where Charles Merz and William McLellan lived until 1913. They met when they were working to install an electric tram system in Cork. 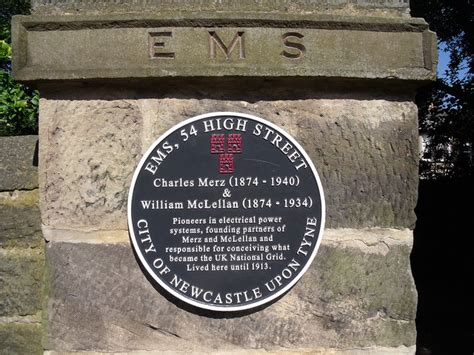 Merz’s father, Theodore, and uncle, Robert Spence Watson, had set up the Newcastle upon Tyne Electric Supply Company in 1889, and ten years later it built Neptune Bank, the first power station ever to generate electricity for industry, commissioned in 1901 to Charles’s design. To begin with it used engines built by the firm of Wigham Richardson, brother-in-law to both Theodore Merz and Robert Spence Watson, but very soon a Parson’s turbine was installed. The power station supplied the new tramline that opened in 1902 from Gosforth to Wallsend along the old waggonway.

Not long afterwards, in 1904, the line to the coast was electrified after Charles Merz had convinced the North-Eastern Railway of the benefits. A few railways had already been opened in the country with their own power-stations generating electricity for traction, but this was the first conversion of an existing system from steam. It was becoming obvious that Neptune Bank would not be able to cope with the increasing demand and Carville power station, using turbine generating sets exclusively, opened on 1 July. 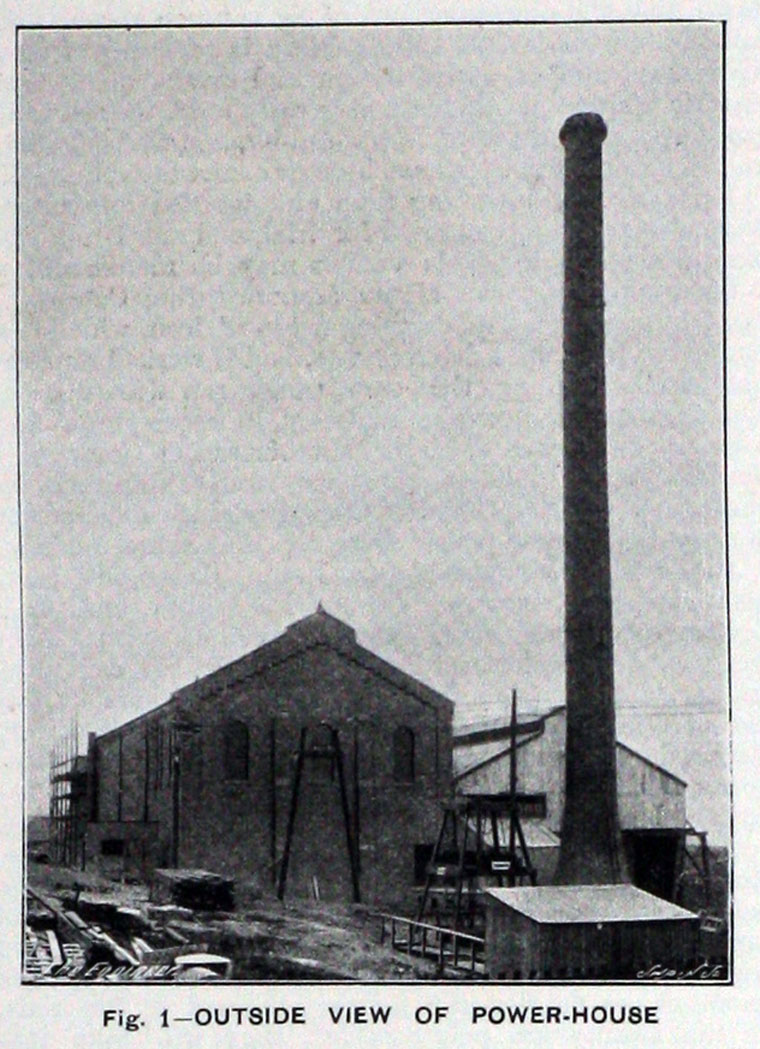 Merz and McLellan fought a long battle against the free-market orthodoxy of the time that supported competition between small local power-stations. They knew that the production of electricity was most efficient when generated on a large scale and distributed to a range of consumers, making it easier to match supply with demand. The North-East, with many industrial consumers, had such a grid system almost from the begin adopted nationally. As Lloyd George told Merz, it was not “a matter of engineering; it [was] a matter of politics”.

The electric trains to the coast that some of us remember were the basis of the Tyne and Wear Metro integrated transport system that opened in 1980. The fortieth anniversary, last year, would have been marked by a series of events if the pandemic had not intervened.