Lort Burn and Side

One of the many things I’ve missed during the past twelve months has been idling my time away in coffee shops with friends; how better to spend one’s time. This set me to thinking about what was probably Newcastle’s most famous coffee shop, Katy’s, and I wondered about her customers and the gossip of the day, although there was a lot more than gossip in coffee shops then. The redoubtable Katherine Jefferson was said to have opened Bridgend or Katy’s Coffee House at Side, Newcastle Quayside in 1717 when she was only twenty years of age. The building said to have once been the home of Alderman Thomas Bonner, three times Mayor of Newcastle between 1648-1659. 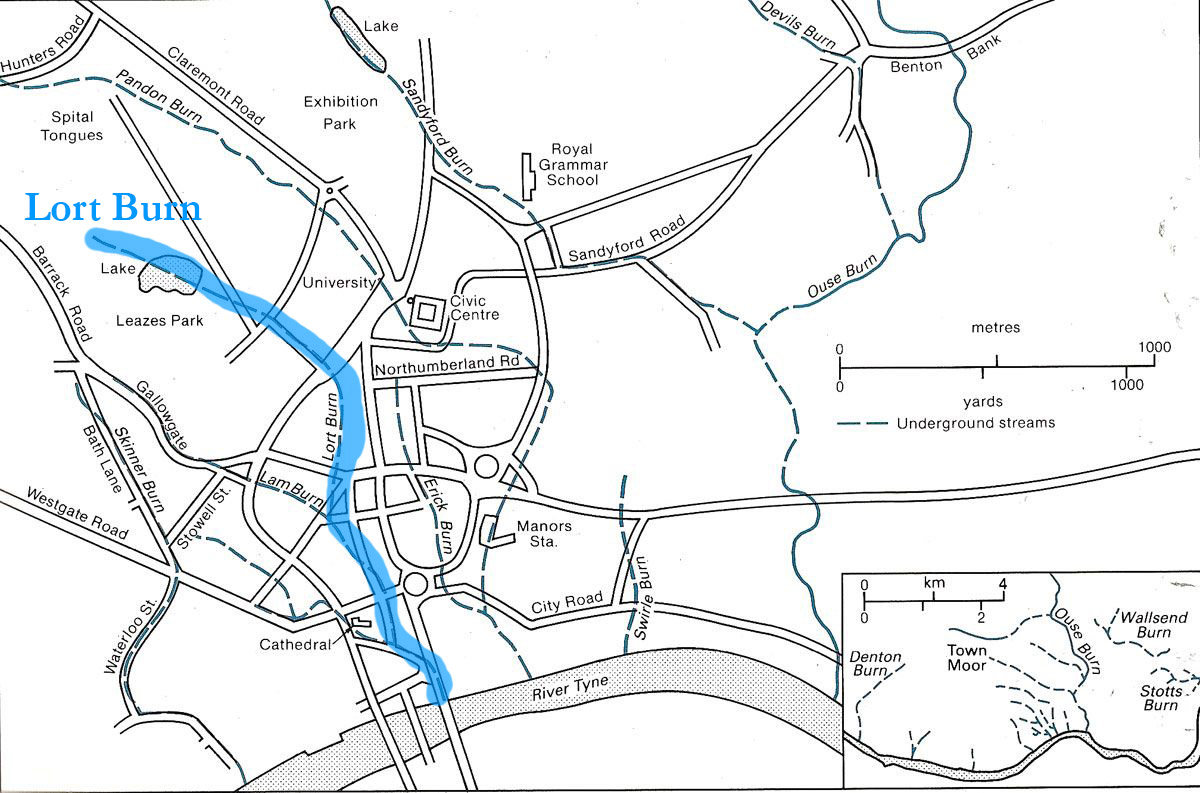 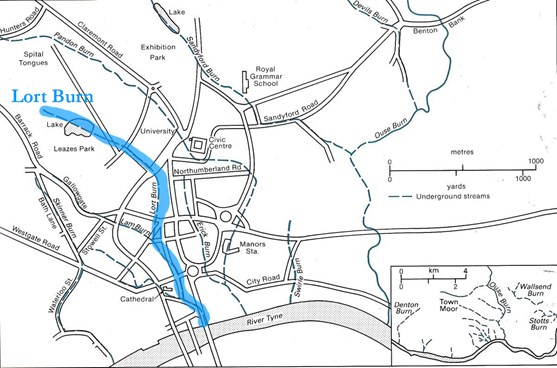 Situated near the Lort Burn which was still then an open stream spanned by a narrow bridge, it became a favourite meeting place used to transact business by the lawyers, merchants and dignitaries of Newcastle and Katy stamped her personality and character on the place so much that it continued to use her name long after she died. The first newspaper reference I’ve found dates to 1741 when the 80T sloop ‘Fenwick’ was to be sold by auction at the coffee house on 19 March, the inventory was already at the shop and the sale was to begin at 3.00pm. A meeting was called in 1751 for subscribers to form a whale fishing company. The Newcastle Courant on 26 October 1751 advised that from 1 November a subscription would be opened for carrying on the Greenland Fishery from this port and a general meeting of the Subscribers, “and such as incline to engage in this Branch of Trade” would be held at Katy’s Bridgend Coffee house the following Thursday at three o’clock in the afternoon. Their first ship the ‘Swallow’ returned from Greenland in 1752 with four whales, to the great joy of the Adventurers and to the general Satisfaction of the whole town and neighbourhood; which was demonstrated by Ringing of Bells, etc. The whale fishery went well and we have notice that on 2 October 1760 between 10 and 12 forenoon was held the sale, to the highest bidder, of the bone of 5 fish (whale) brought home in the ‘Dolphin’ and ‘Swallow’. 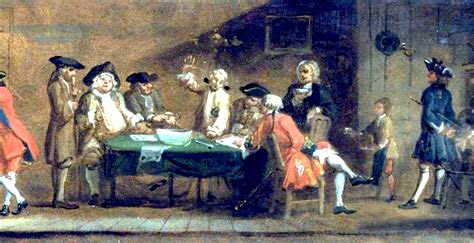 In June 1752 there was a grand dinner to be held for the benefit of the Infirmary and tickets for this dinner could be bought at Katy’s price 5/-. This event began with a service at St. Nicholas Church, then the dignitaries would process to the Merchant’s Court where the dinner was to be held. No servants to be admitted except those belonging to the Officers and Stewards.

The Officers included three members of the Blackett family and Aubone Surtees. Houses, tenements and business premises were sold here by auction as were ships and part shares in ships and the Trustees of the Ponteland Turnpike Road held their business meetings here. Bankruptcies were all too commonplace and the Commissioners of Bankrupts held meetings here to pay dividends of a bankrupt’s estates and effects.

Creditors were advised to come prepared to prove their case. The townspeople were benevolent and I spotted a 1761 subscription got up for the relief of the widow of a militia man who had been scalded to death.  The change collected at Katy’s amounted to £9-6s-6d, this in addition to money raised among the Ladies at a concert. Their munificence wasn’t just confined to Newcastle as in 1765 a subscription was raised to help the poor of Honiton in Devon when their town had been engulfed by a dreadful fire just as winter was approaching. In 1773 they raised a subscription for a new Assembly Room, the old one being now deemed inadequate. Readers were advised that the “Subscription Paper lies at Katy’s Coffee House” and there was to be a meeting at the Mansion House where Mr. Newton would report on his plans and the proposed site. Tickets for Mr. Avison’s concerts were sold, this in 1773 to be held in Mr. Parker’s Long Room at 3/- each. Vocal parts by Mr. Cubit, Mr. Jeffery and Mrs. Bogle accompanied by horns, clarinets etc.. Newcastle Courant 10 January 1767

Nothing lasts for ever and “on Wednesday died, Mrs. Katherine Jefferson upwards of 50 years mistress of Katy’s Coffee House on the Sandhill, and was well respected in her station”.

A contemporary newspaper, recording her death, says: “The great resort of company to her house did not prevent her industry in other respects, particularly in spinning, in which she excelled. One web, of nineteen yards, she brought to the fineness that she refused to take half-a-guinea a yard for it, which was offered her by a lady. But it is to be observed that she worked on the web no less than twenty years.”

Katherine was a great business woman and never married, she was buried in the graveyard at All Saints Church. It's such a long time since I’ve been in Newcastle that I can’t remember what coffee shop or restaurant is now on the site of Katy’s. However, when next you’re in town sipping your cappuccino or whatever raise your cup to Katy and her memory.

Susan is one of the Lit & Phil's invaluable volunteers.