A Dream of Fairyland: Conversazioni ... and more

"In March 1846 the first conversazione was held in the Society's rooms, and its success surpassed the most sanguine hopes and expectations of its promoters, and well it might, for the men who entertained the company were of the race of giants. Mr. Hugh Lee Pattinson, the discoverer of the method of extracting silver from lead, held a scientific levee. Mr. H. G. Potter convulsed his many customers with laughing gas. 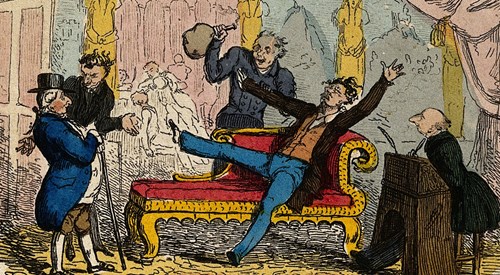 Mr. W. G. Armstrong (our honoured President) "was galvanizing the ladies— and also the gentlemen." Dr. Embleton, Dr. Bruce, Mr. W. K. Loftus, Mr. W. B. Scott, Mr. John Hancock, and many more, contributed of their best " We must have another before long," was the constant cry of the delighted members and guests, and another was held in the following October, when " Mr. W. G. Armstrong gave an interesting lecture in explanation of the principles and operation of the electric telegraph, the instrument having been kindly contributed for the occasion by Mr. Allport, Manager of the York and Newcastle Railway." These conversazioni became an annual institution, and such they continued to be for many years. Many of us still look back to the old Lit. and Phil, soirees as amongst the most charming evenings of our lives, but we were young in those days.

All this time the finances of the Society were getting steadily worse. In 1849 the Annual Report showed that the amount due upon mortgage was £6,200 there was a debit balance of £389 9s. 9d. upon current account ; whilst for the year then ending only 537 subscriptions were paid. After a long and warm discussion, it was arranged to limit the amount expended in the purchase of books, and thus to materially lessen the expenditure, the money saved going to form a redemption fund. But the regular diminution in the number of members gave the Committee much concern, for the interest must be paid whether there were more or fewer subscriptions. They proposed to consolidate the amounts due from them, hoping that they might thus get some reduction in the rate of interest. They thought of having a kind of vast reunion, which should be attended by the most eminent literary men of the time, and at which they might open a subscription list for the benefit of the Society. They planned a great Bazaar or Fancy Fair, which should be held in the Library and the Museum, and this idea commended itself to the ladies of the district, who took up the matter actively. 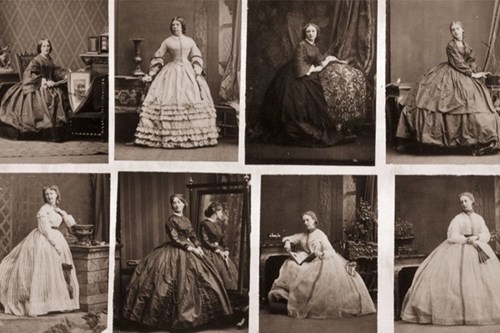 It is strange now to look back to this great attempt, which promised so well but performed so indifferently. The ladies determined that the new Fine Arts Society should have two-fifths of any profits which might be made. The Duchess of Northumberland was to preside at a stall, and the county gentry pressed into the matter with considerable ardour and enthusiasm. Immense exertions were made upon all hands to ensure a success. The Library was mirrored throughout, " and looked like a dream of Fairy-land." In the Museum you might partake of refreshments to the appetising strains of a brass band. The yard was covered over, and a great horticultural exhibition was held in it, to which Mr. Joseph Paxton (who in the following year was knighted in record of his designing the Crystal Palace) contributed that " wonderful plant, the Victoria Regia," then a complete novelty. " Flora and Pomona vied with each other in lending grace and beauty to the Fancy Fair."

It was opened on the 2nd October, 1850, and remained open for three days. It was universally admitted to have been a remarkable success, but it did little towards attaining its object. The total receipts were only £868, and when all expenses had been paid, this Society's share amounted to £420! At the end of that financial year the mortgage debt still remained at £6,200, and the floating balance against the Society was £981 17s. 11d. Then, by the direction of the Annual Meeting, and " almost as a last resort," the Committee made an appeal to "the Nobility, Gentry, Manufacturers, Merchants, and Influential Inhabitants of the North of England." They briefly sketched the history of the Society, and pointing out how all classes had participated in its benefits, urged that all should join to relieve it from debt. The slight response which their appeal met with grievously disappointed the expectations of the Committee. The position of the Society never seemed less secure than at that moment.

"The darkest hour is that which precedes the dawn." Relief was close at hand, and from such a source as gave it something of a romantic character. The then President of the Society, Mr. Robert Stephenson, had when a youth received great benefit from the Library, and both he and his father had received much help from Mr. Turner, who lent them books and instruments, and gave them valuable counsel. In this hour of deep need, Mr. Robert Stephenson came forward, and, in token of his lasting gratitude, he offered that if before the next Anniversary Meeting, February 1855, the members and other friends of the Society would raise sufficient money to discharge one half of the debt, and if the annual subscription were reduced to one guinea, he would himself clear off the other half of the debt."

and thanks to James Smith music librarian for highlighting this passage