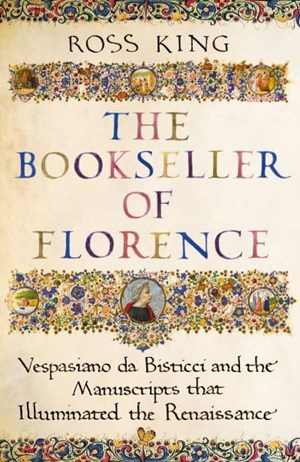 The Bookseller of Florence by Ross King

Ross King’s newest book, the subject of four years of research and writing, marks his return to the ‘Golden Age’ of fifteenth-century Florence. The Bookseller of Florence tells the remarkable true story of one of the unsung heroes of the Italian Renaissance: the manuscript dealer Vespasiano da Bisticci. Known as ‘the king of the world’s booksellers’, Vespasiano produced hundreds of exquisite manuscripts for the libraries of many of Europe’s most famous and powerful personalities. He reached the height of his powers as Europe’s most expert and prolific merchant of knowledge when a new technology, the printing press, crossed into Italy from Germany, forever changing how books were produced and knowledge transmitted. The Bookseller of Florence has been hailed as a ‘profoundly engaging study of a time when books were considered essential to a meaningful life, and knowledge and wisdom were cherished as ends in themselves’ (Booklist, starred review), and as ‘a spectacular life of the book trade’s Renaissance man’ (Sunday Times).

“a marvel of storytelling and a master class in the history of the book, explaining sometimes arcane bookmaking processes in clear and coherent language while lending an easy touch to otherwise confounding historical turmoil. The Bookseller of Florence is a dazzling, instructive and highly entertaining book, worthy of the great bookseller it celebrates. (Wall Street Journal)

A thrilling chronicle of intellectual ferment set against the dramatic political and religious turmoil of the era, Ross King’s brilliant The Bookseller of Florence is also an ode to books and bookmaking that charts the world-changing shift from script to print through the life of an extraordinary man long lost to history—one of the true titans of the Renaissance.(Harvard Book Store)

A thrilling chronicle of intellectual ferment set against the dramatic political and religious turmoil of the era, Ross King's brilliant The Bookseller of Florence is also an ode to books and bookmaking that charts the world-changing shift from script to print through the life of an extraordinary man long lost to history--one of the true titans of the Renaissance. (Bookshop.org) 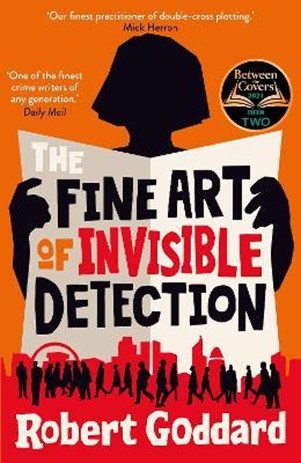 The Fine Art of Invisible Detection by Robert Goddard

For Robert Goddard, The Fine Art of Invisible Detection represents a radical departure from his usual oeuvre but the CWA ‘Platinum Dagger’ winner’s classic literary style and deft plotting are still evident. There are plenty of moments of humour, this could be a very light tale but the author foregoes that for a fascinating and satisfyingly complex mystery with dark tones. Wada is a charismatic central character despite her natural reserve – her wit and intelligence shine through. For someone making it up as she goes along she’s very good at detection and reading people and has an admirable determination to plough on against the odds. (NB Magazine)

'One of the finest crime writers of any generation' (Daily Mail)

There are kidnappings, break-ins, threats, fights, cold-blooded killings… but driving it all are these two characters who you’d never look twice at. No flying karate kicks. No dragon tattoos. No car chases. Just Nick and Wada, muddling their way onwards in the face of insurmountable odds. The set-up is pretty far fetched. The police in the novel seem incompetent and unbelievably so, which facilitates a lot of what goes on. However, The Fine Art of Invisible Detection is an intelligent and uplifting read that, despite the bad things that happen, feels pleasant and cultured. Try it. (crimefictionlover.com) 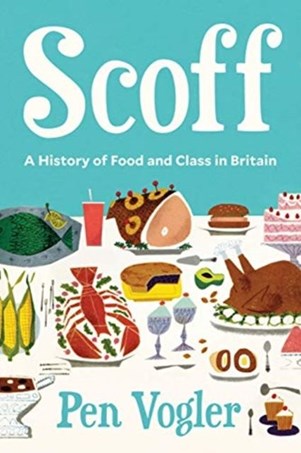 Scoff: A History of Food and Class in Britain by Pen Vogler

According to Vogler, we traditionally put more time and energy into judging people on what we eat and the way we eat it, or worrying about what people think of us, than the quality of the food itself...She writes: ‘In a country where even letters are first or second class, eating, with its innate social function and attendant rituals, is a way of firing up rivalry, envy and social unease.’...This excellent history is full of fascinating facts about the food we eat. I never realised that sandwiches and desks were invented at the same point in history. Nor that the English were cooking and eating macaroni pasta way back in 1390...More tellingly, it pricks the pomposity of many of our social conventions surrounding eating. So I say feel free to gobble down your peas in any way you like — ideally on a fish knife, of course! (Daily Mail)

If, like me, you are attentive to this kind of thing, and often wonder why, as a nation, we are so snobbish, so uptight, and so weirdly confused about food, then Pen Vogler’s new book, Scoff, is your perfect feast…The range of Vogler’s reading is extraordinary. If she quotes Dorothy Hartley, Florence White and other great food writers, she’s just as apt to steal scenes from Jane Austen or Charles Dickens...She has cooked up a banquet, and everything on the table is worth tasting at least once. (The Guardian)

Vogler’s book is a series of dazzling essays on subjects such as venison pasties, spices, Christmas pudding and Brussels sprouts. The learning and the range of references, from obscure Italian Renaissance texts to Bridget Jones, are astounding.(Literary Review)

Scoff is a superbly researched romp through food, cooking and class in Britain, looking at everything from brown bread versus white to the dangers of the dinner party. Full of history, Scoff is never heavy, thanks to Vogler’s writing style and wit, such as her chapter on the fork which begins with the line, “No implement has drawn as much ire or scorn on its users as the fork, until, perhaps, the fish knife.” (The Independent) 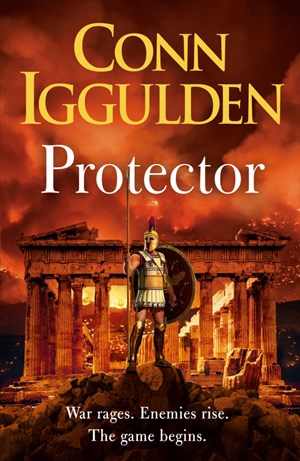 The latest epic in this bestselling author’s Athenian series of novels takes the reader on a vivid adventure where Themistocles will risk everything—his honor, his friendships, even his life—to protect his country.

The Battle of Salamis: Persian King Xerxes stands over the smoking ruins of Athens, an army of slaves at his back. Come to destroy, once and for all, everything that the city stands for, he stares pitilessly at the hopelessly outnumbered Greeks. Veteran soldier Themistocles cannot push the Persians back by force on land, and so he does so by stealth, at sea. Over three long days, the greatest naval battle of the ancient world will unfold, a bloody war between the democracy of Athens and the tyranny of Persia.

The Battle of Plataea: Less than a year later, the Persians return to reconquer the Greeks. Tens of thousands of soldiers on both sides ready themselves for war. For the Spartans, Plataea is a chance to avenge their defeat at Thermopylae. For the people of Athens, threatened on all sides, nothing less than the survival of democracy is at stake. And once again Themistocles, the hero of Salamis, will risk everything—his honor, his friendships, even his life—to protect his country. (Publisher)

The multi-hero story keeps the reader gripped from start to end as a variety of characters leap off the page: Themistocles, Xanthippus, Pausanias and Aristides all feature prominently and its enormous fun as Iggulden takes us into their minds as the Greeks fight for their lives against the Persian horde.(aspectsofhistory.com)

"Superbly plotted and paced. An absolutely cracking story. The pace is nail-biting and the set dressing magnificent. Iggulden has created an intriguingly complex saint—flawed, spiteful, and unreliable as the teller of his own tale. Through his eyes we watch the story of the making of England." (The Times)

Click here to see more in the library catalogue

Your reviews are very welcome too, so please send them to litandphil1822@gmail.com