As a Lit and Phil guide I always tell the story that in the late 1960s the Lit and Phil sold some Assyrian slabs, which had been bequeathed to it by William Kennett Loftus many years before, to the Los Angeles Museum for £40,000, which provided the funds for the conversion of the lecture theatre into 4 rooms. Although I knew it was a museum in Los Angeles, I didn’t know which one – until recently when by chance I stumbled across the museum in which they are housed. 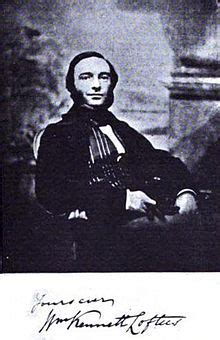 Famous archaeologist from a Newcastle family of innkeepers associated with the coaching trade who owned the Turf Hotel. His grandfather ran nine different coach services from the city and was a Merchant Adventurer and brought up William Kennett after the death of his mother.  Grandpa obviously disapproved of his son because he left his estate almost entirely to his grandson and partner.

William Kennett was educated at the Royal Grammar School, lived in his grandfather’s house at The Grandstand (burnt down in 1844 but the house was saved).  He studied geology at Cambridge but left without a degree.  However, a few years later, he was invited by Layard, the great discoverer of archaeological works of unique importance at Nineveh, to join a Middle Eastern expedition. 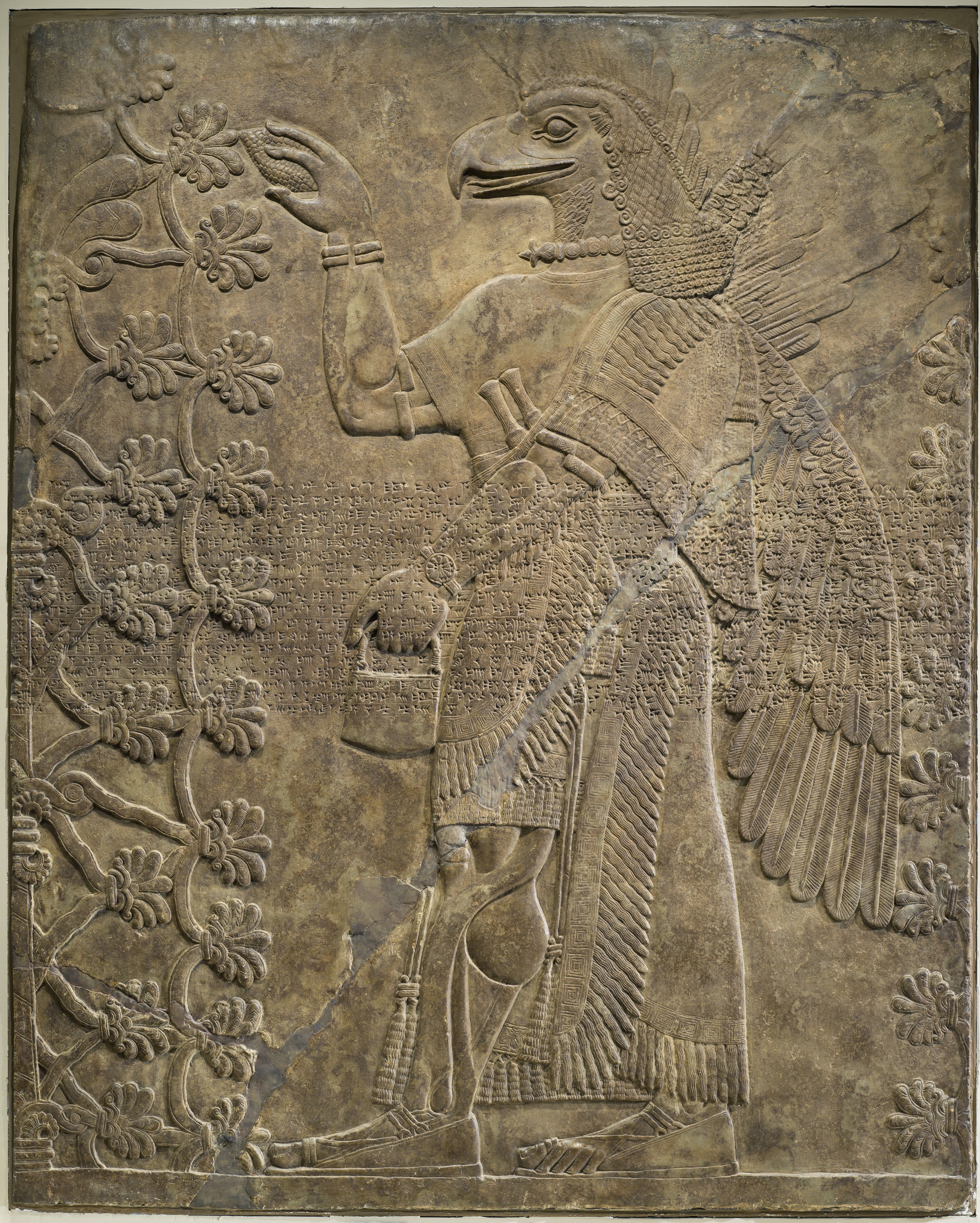 Because of illness of other members, Loftus finished up doing botanical note taking and archaeology at Susa and Assyria – the bas reliefs he sent home hung in the Lit and Phil and provided the funds for the extension and development mentioned above.  He then went to India (just before the massacre at Cawnpore) but became ill – he sent a plaintive message to London “Is there any expedition afloat where I can be of use?” 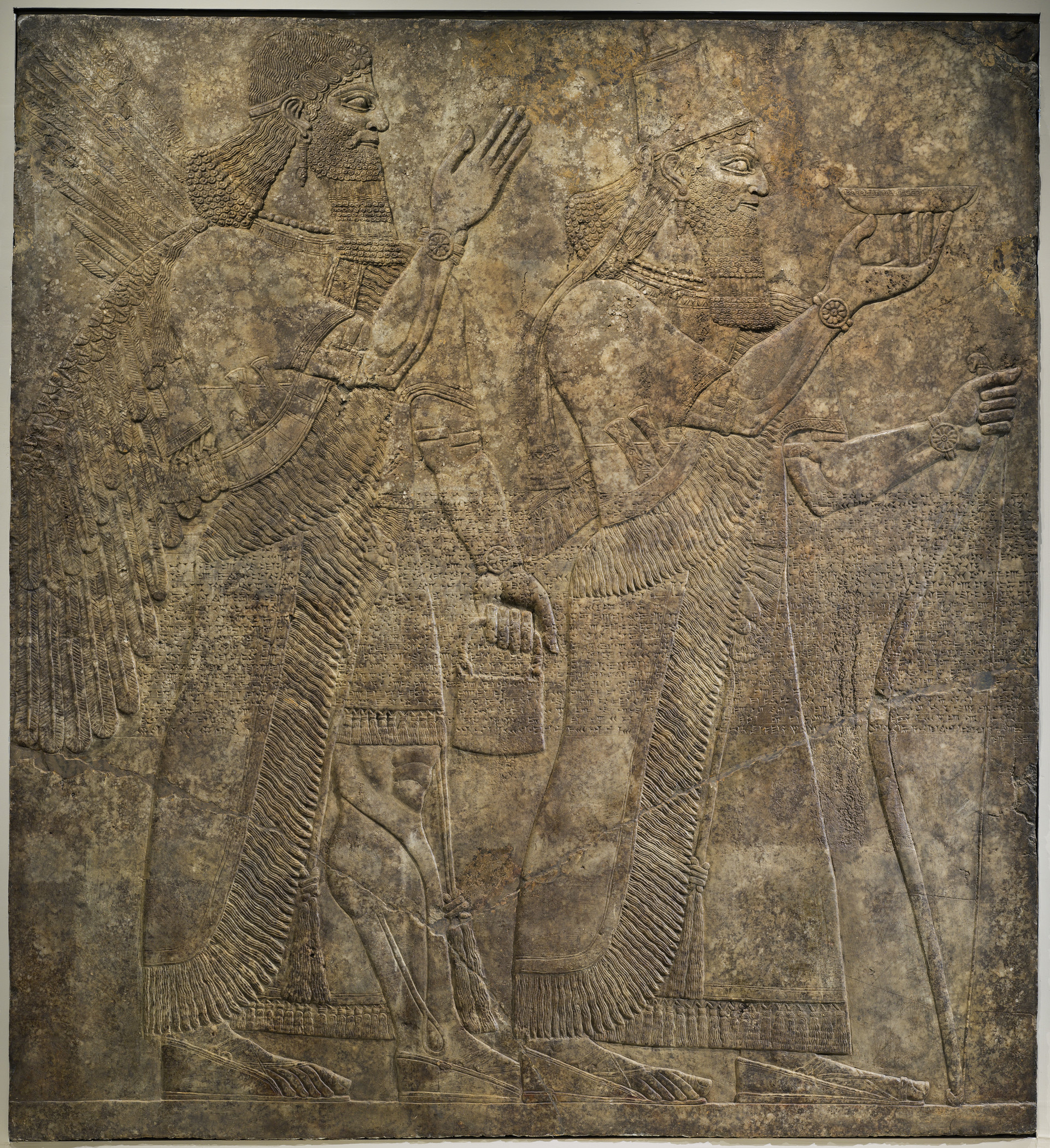 This splendid series of five Assyrian bas-reliefs  from the ninth-century once decorated the inner walls of the northwest palace of Ashurnasirpal II (r. 883-859 BC). The site of ancient Calah (now called Nimrud), located on the Tigris River in northern Iraq, was first excavated by British archaeologist Austen Henry Layard in 1845. Calah was an ancient capital of Assyria probably founded in the thirteenth century BC. The city was developed under the reign of Ashurnasirpal II, who erected his great northwest palace on earlier ruins. Built of mud brick on stone foundations, the palace was embellished on its lower levels with a series of decorated slabs (from the upper Tigris quarries) that depicted the monarch’s skill as a hunter/warrior, as a servant of the gods, and as a mighty king. One of the five panels depicts the king with a learned man. In one hand, the king holds a libation bowl; in his other hand, he holds his bow, symbol of royal prowess. A long inscription in cuneiform on the reliefs has come to be known as Ashurnasirpal’s “standard inscription” because it was repeated so frequently throughout the palace; it mentions the king’s prayer and his deeds in founding the city of Calah.

The late Anna Bing Arnold, a former theatre actress, was often called “LACMA’s angel.” Her first husband, real estate developer Leo S. Bing, swept her away from the East Coast and brought her to L.A., where ultimately she gravitated to the budding LACMA. She joined the board in 1965, but even before then, she donated works to the museum. “She was called ‘LACMA’s Angel’ because every time there was something the institution wanted to purchase and didn’t have a particular donor for, Anna Bing would step in and buy it,” says Jane Burrell, head of LACMA’s education department. “She was reserved but elegant, gracious and kind.” The reliefs were discovered in 1855 by a Scottish geologist, William Kenneth (they have spelled his name incorrectly) Loftus (was actually born in Rye, Sussex - Pat), after the departure of Layard.

They were offered to the Literary and Philosophical Society of Newcastle upon Tyne, and for more than a century they were displayed near the entrance of that institution. In 1966, thanks to the generosity of Anna Bing Arnold, the reliefs were purchased and presented to the Los Angeles County Museum of Art (LACMA).

Sadly none of the above bas reliefs are currently on display in the museum.

Details of the reliefs can be found on the LACAM website by following this link: LACMA

Pat has been a member of the Lit & Phil for over 20 years, is also a Newcastle City Guide and originally devised the guided tours of the Lit and Phil. Last year she was voted onto the board of the Lit & Phil and is chair of the Volunteers Committe.