A few years elapsed between the arrival of Bakht en Hor and the Lit & Phil’s second mummy. This was Irtyru who had been purchased in Paris in 1825 by John Bowes Wright (1780-1836) of Haydon Bridge. Wright was an Egyptologist, a solicitor, and in a contemporary account was described as “an excellent linguist and enterprising traveller.” He was also a friend of Jean Francois Champollion, regarded as the founding father of Egyptology.

Wright bough Irtyru in two lots at a sale of the Egyptian collection of Baron Dominique Vivant Denon. Lot number 242 was the mummy itself and lot 243 was the outer coffin. She was aged about 30-35 when she died and the mummy dates to between 664-525 BC

In 1830, Wright donate the mummy to the Lit & Phil but, unlike its predecessor, Bakht en Hor, Irtyru was not destined to stay unwrapped and intact for long. On Monday 8 March 1830, in front of a large number of members of the Lit & Phil, three Newcastle doctors, Thomas Michael Greenhow, John Baird and Sir John Fife began the laborious job of unwrapping the mummy. This was, of course, the only way in which they could discover more about the process of mummification and get some idea of what Irtyru had been in life. However, these were drastic measures and we certainly wouldn’t advocate them today! We think it was John Baird who provided a detailed written account of the process in a paper simply signed ‘B’.

It took the three men about two hours to unwrap the body and the bandages they removed weighed a somewhat hefty 22.5kg. 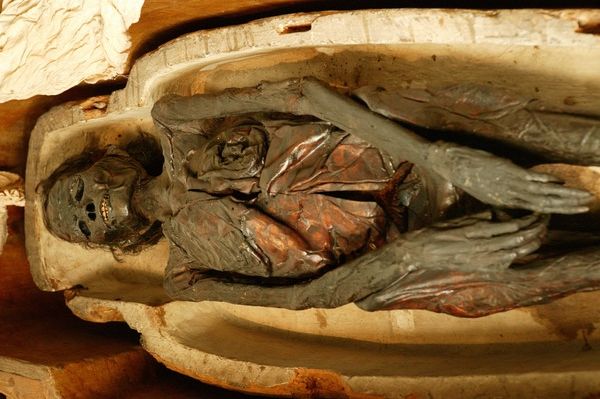 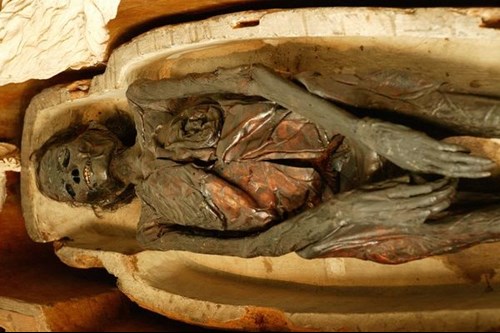 The bandages were handed around the audience and were described as having a somewhat musty smell – hardly surprising in the circumstances. They then proceeded to carry out a rather rough and ready post mortem. First of all, they cut a triangular wedge out of the back of the skull which resulted in most of the scalp inadvertently being removed. They described the hair as being of a reddish hue but somewhat grey and with a full set of white teeth. A section of the account reads “the skin is drawn into large wrinkles, and overlapping prodigiously in various places. The nostrils, mouth and orbits [the eyes had already been removed] were stuffed with pieces of linen so also was the rectum; some small insects were found in the mouth. The colour of the mummy was sepia brown.”

They then proceeded to manipulate the joints and found to their surprise that there was still some movement. Moving on to the abdomen, they cut out a triangular section and discovered that while the liver was ‘much wasted’ the uterus, kidneys and bladder were all visible.

Next, they opened the chest where they found that the lungs were collapsed and part of the heart had disintegrated.

A second examination was held the following Friday although Sir John Fife was not present when some of the removed organs were displayed to those present.

Once the examinations were complete, the Irtyru was painted with turpentine and then given a strong coat of varnish after which she was placed in a case formed of her own coffin with a glass plate in front. Like Bakht-en-Hor, she was also removed to the Natural History Museum (today, the great North Museum)  in 1884 where she can still be seen today. 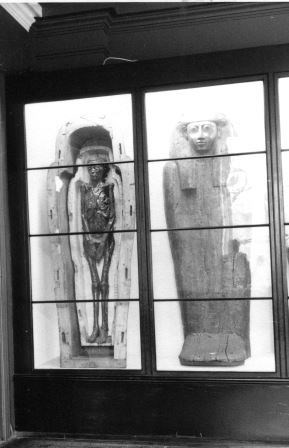