The Beatles on Tyne Tees TV

On this day, 8th June, but in 1963, Newcastle played a small part in the creation of The Beatles most successful single of all time - She Loves You and the song with which Beatlemania really began. They were in Newcastle for the second time that year (the first was on 23rd March) as part of a punishing touring schedule: by the time they played in Newcastle they had already played 81 venues, often with two concerts on the same night as in Newcastle, at 6.30 and a second at 8.40. After their June concert they played again in Newcastle on 23rd November and 4th December 1965. 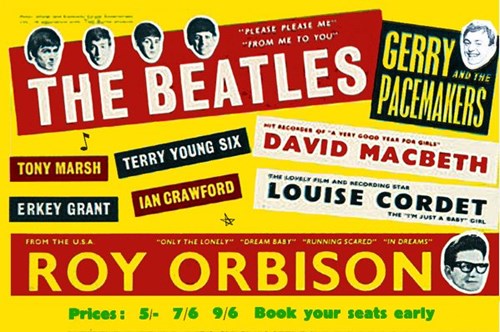 The concert was at The City Hall although when asked in 2003 where they stayed, neither Paul McCartney nor Ringo Starr the surviving Beatles, could recall whether they had stayed at the Imperial Hotel (Jesmond and now a Holiday Inn) or the Royal Turk's Head (73 Grey Street and converted into student accommodation in 2014). 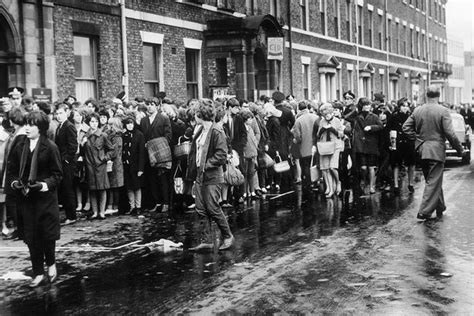 Paul later told Swedish reporter Klas Burling “We were on tour with Roy Orbison and Gerry and the Pacemakers. And we were in Newcastle, up north of England, and we were in a hotel room. We had about three days left in which to write a song. So we went to the hotel and we booked in a room, and we just decided that we have to write a song very quickly. So we sat down, no ideas came for a bit. But eventually we got an idea. 'She Loves You' came, you know. It was just lucky." In Anthology, Paul wrote “We must have had a few hours before the show so we said, ‘Oh, great! Let’s have a ciggy and write a song!’ So that’s how we began ‘She Loves You’. I remember for some reason thinking of Bobby Rydell; he must have had a hit that we were interested in. I remember thinking of him and sitting on the bed in this hotel somewhere with John in the afternoon daylight.”

They didn’t finish it though, so John ended up meeting with Paul at his Liverpool Forthlin Road home's dining room to finish the song. “We sat in there one evening, just beavering away while my dad was watching TV and smoking his Players cigarettes, and we wrote ‘She Loves You’. We actually finished it there because we’d started it in the hotel room. We went into the living room – ‘Dad, listen to this. What do you think?” So we played it to my dad and he said, ‘That’s very nice, son, but there’s enough of these Americanisms around. Couldn’t you sing, “She loves you. Yes! Yes! Yes!”‘ At which point we collapsed in a heap and said, ‘No, Dad, you don’t quite get it!’ That’s my classic story about my dad. For a working-class guy that was rather a middle-class thing to say, really. But he was like that." (Paul, from Many Years From Now by  Barry Miles).

In 1988 Paul said “We rehearsed the end bit of 'She Loves You' and took it to George. And he just laughed and said, 'Well, you can't do the end of course... that sixth... it's too like the Andrew Sisters.' We just said, 'Alright, we'll try it without,' and we tried it and it wasn't as good. Then he conceded, 'You're right, I guess.' But we were both very flexible. We would listen to George's ideas too, because he was a producer and a musician, and he obviously knew what he was talking about. There was good to-and-fro. We loved that bit, and we rehearsed it alot. John and I wrote that in a hotel room, on twin beds during an afternoon off-- I mean, God bless their little cotton socks, those boys WORKED! Here I am talking about an afternoon off, and we're sitting there writing! We just loved it so much. It wasn't work."

They recorded the song on 1st July on a two track tape machine since it was common then to record the instrumentals on one track and the vocals on another (early Beatles “stereo” albums had the vocals on one side and the instruments on the other). That meant that they could also produce a version with German lyrics without having to re-record their instruments. It was released in the UK on 23rd August 1963 and even before then there were already half a million orders. On 31st August it entered the charts where it stayed for 31 weeks and on the 4th September it became number one, a position it held for the next four weeks. By December 2018 it had sold 1.92 million copies in the UK alone.

This is footage from a concert the same year in Manchester.

Andrew Harvey is a composer and arranger, is a member of the Board of the Lit & Phil and chair of the Music Committee.